As we move into the final two weeks of North Carolina's general election campaign, we are seeing a definite uptick in mail-in ballots requested, especially by registered Republicans, along with a tightening of the returned and accepted ballots between both Democrats and Republicans. 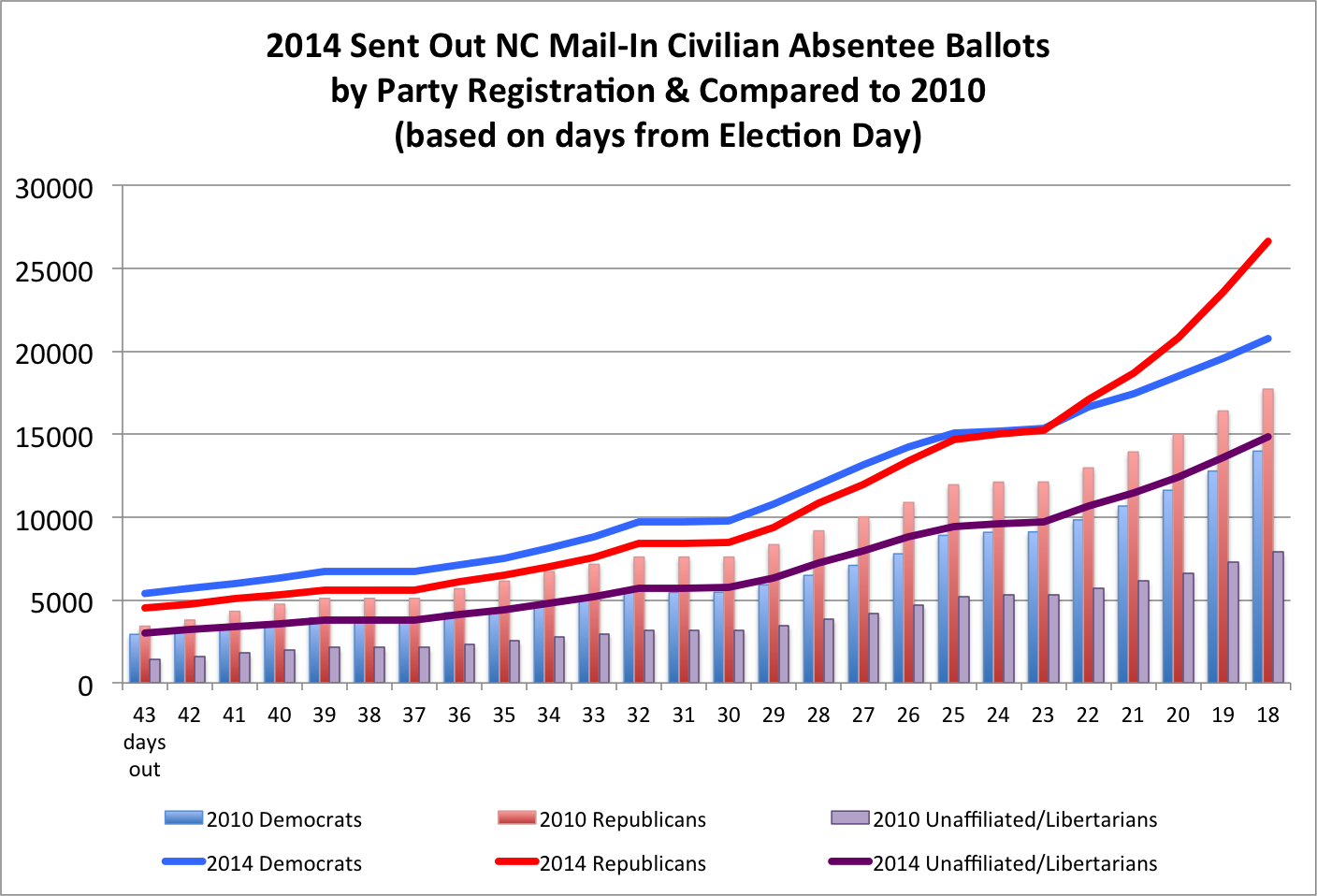 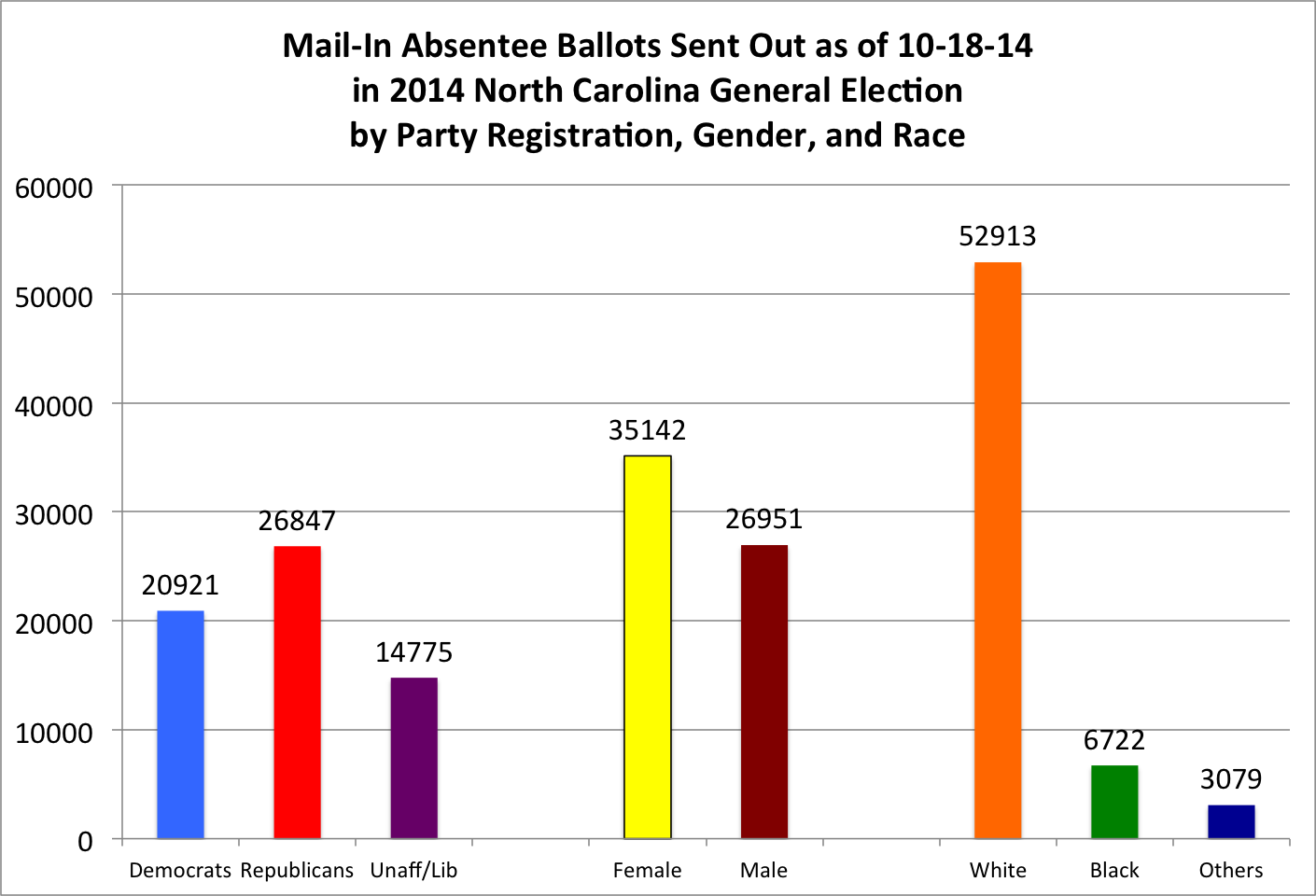 Among these 64K requested mail-in ballots:
Among the 14,678 ballots that have been returned and accepted (23 percent of the requested ballots so far): 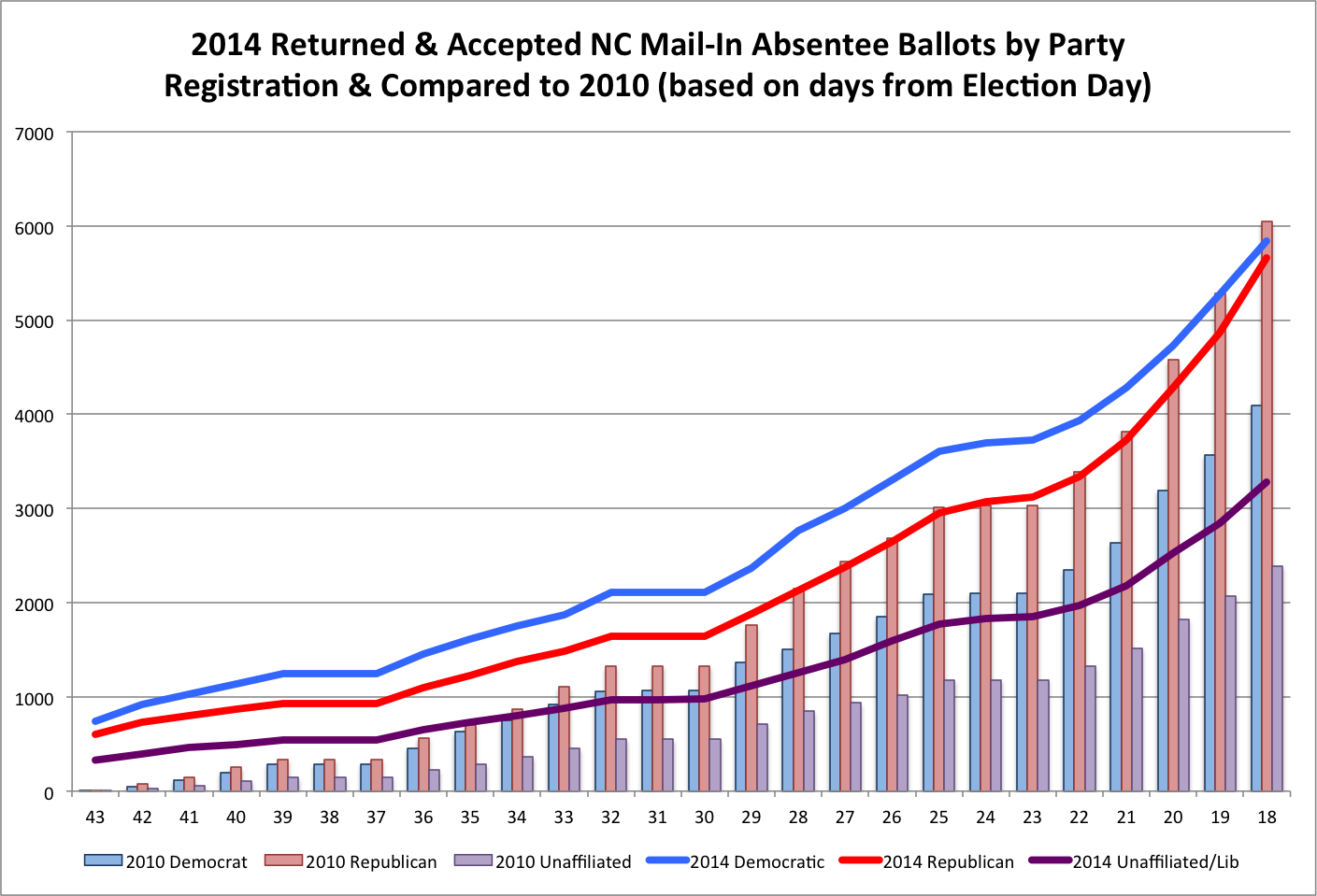 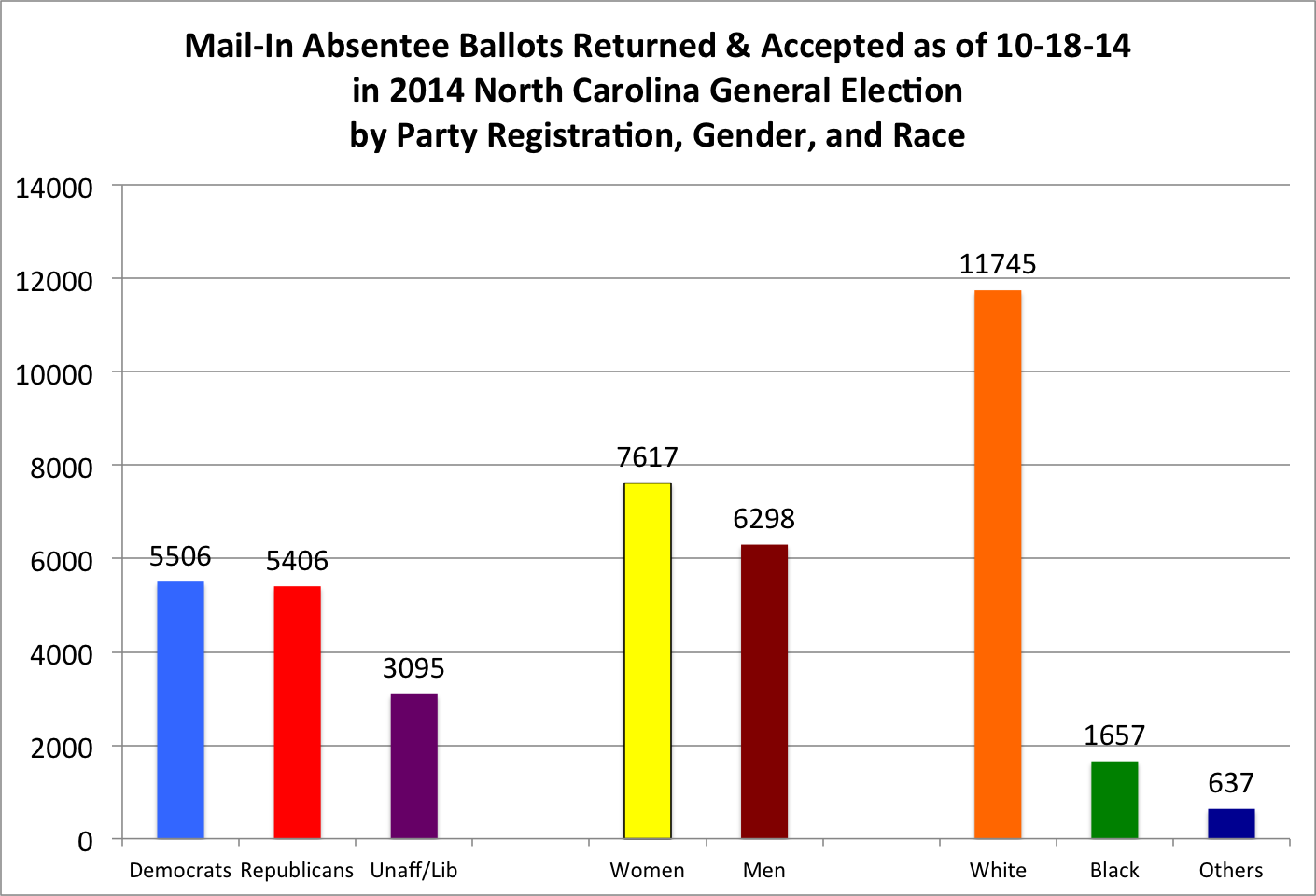 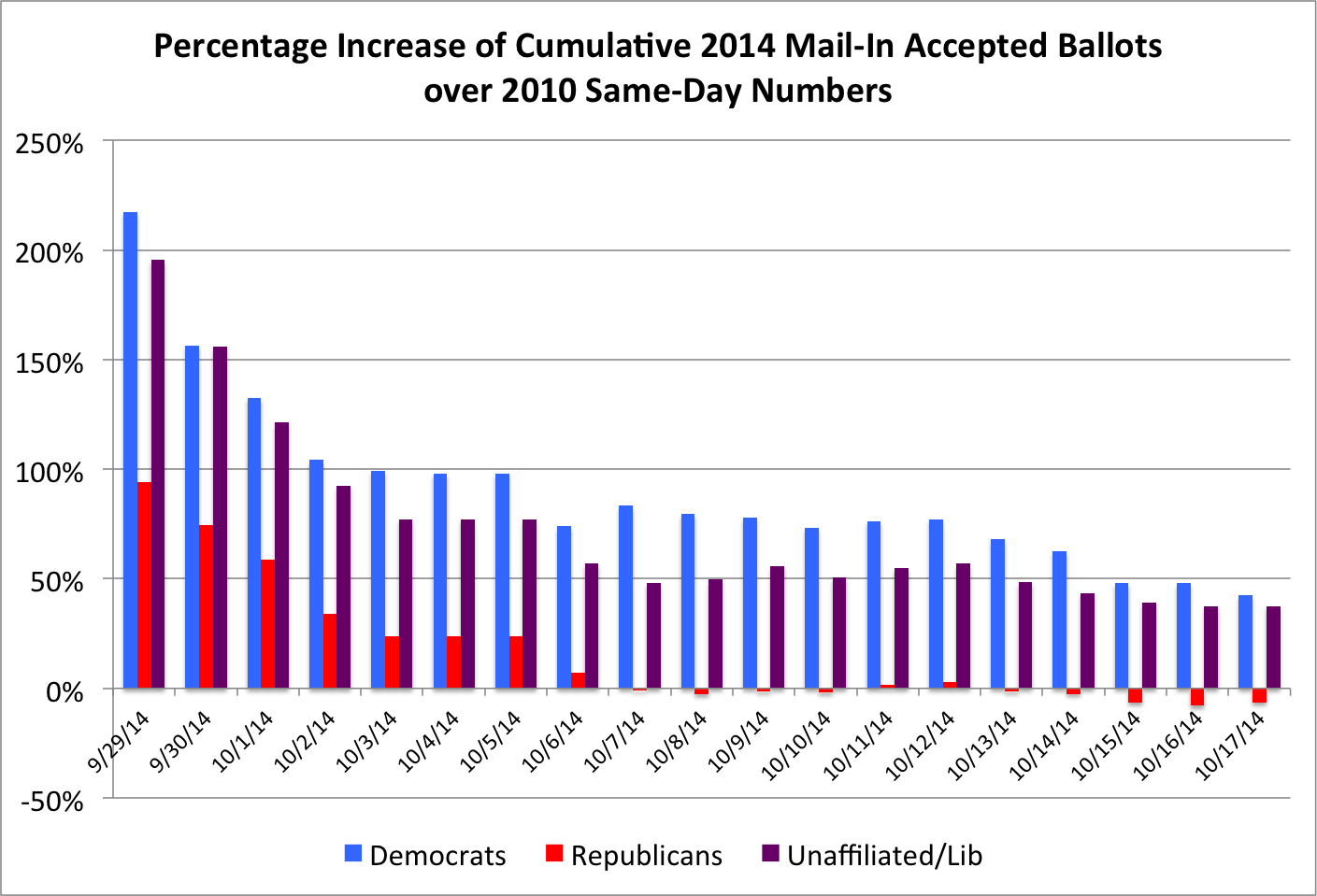 I also ran some analyses using these numbers, first by dividing up the counties into urban, suburban, and rural classifications and comparing the numbers to the 2010 percentages as well. 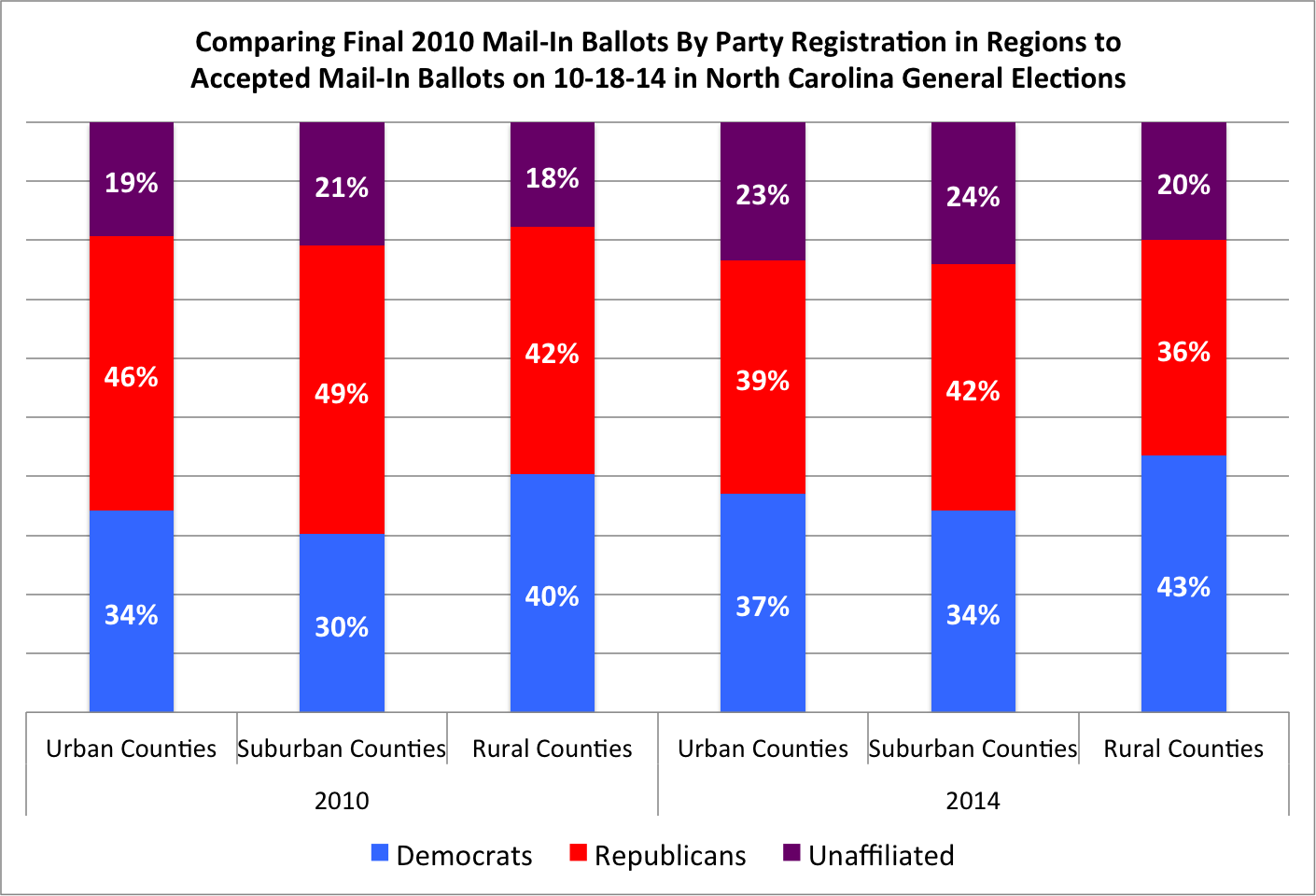 Democrats and unaffiliated voters are over-performing their 2010 performance in all three regional areas, while Republicans have seen their 2014 shares cut significantly (down 7 to 8 percent).

Finally, I compared the final party registration percentages for mail-in balloting in the 2006-2012 general elections with the 10-19-14 totals so far: 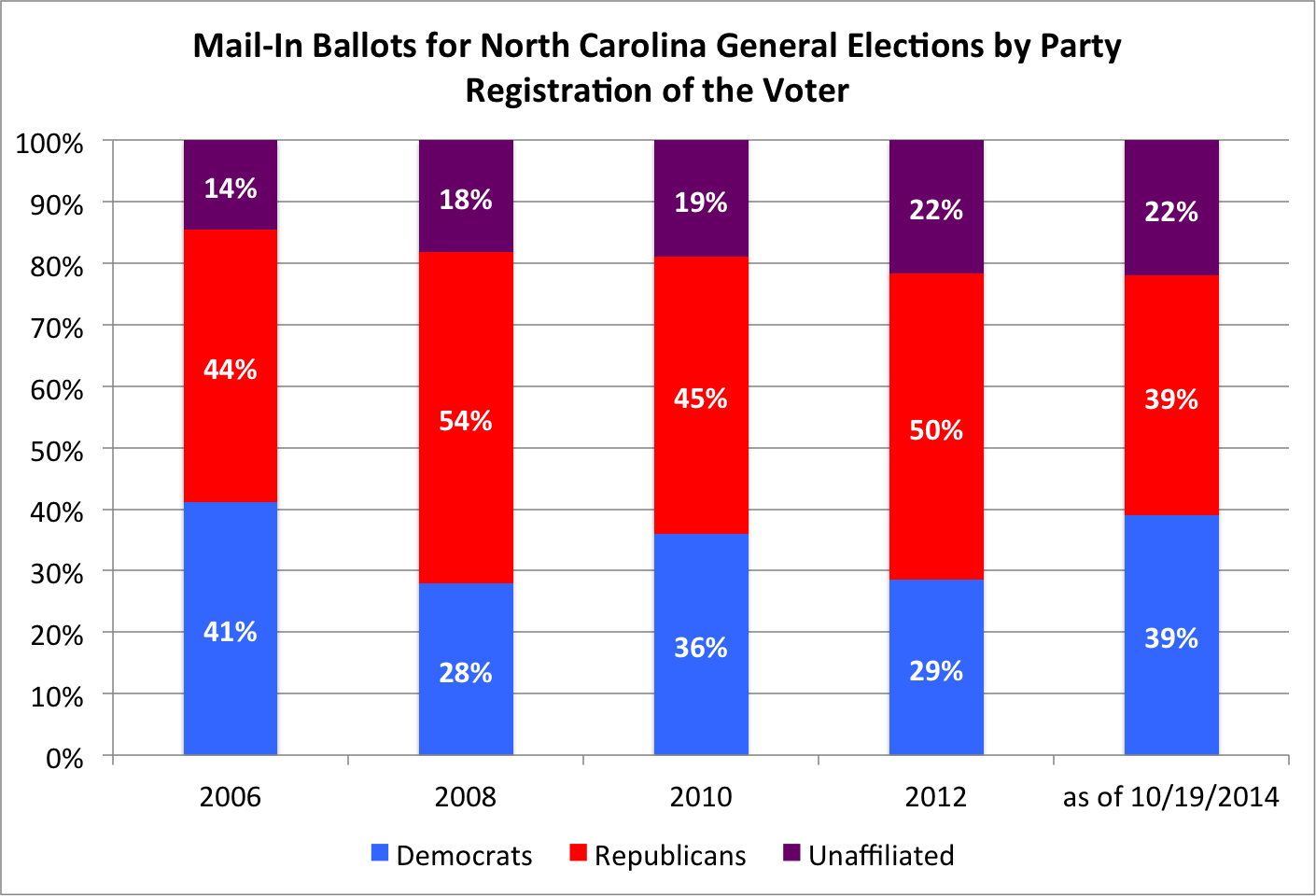 Democrats are near their 2006 percentage total (a Democratic wave year) while unaffiliated voters have matched their best percentage (2012's general election).  Another week of early mail-in balloting (requests are due by October 28), along with the start of in-person early voting this Thursday (October 23), will dramatically reshape these percentages, of course, but early numbers continue to indicate something is different in this year's mid-term election performance so far in North Carolina.
By OldNorthStatePolitics.com - October 20, 2014