North Carolina's start to in-person early voting witnessed 118,063 voters come out to cast their ballots.  In comparison to this point in 2010, with seven extra days for voters to have cast ballots and with 252,000 votes cast then, we're at 47 percent of where we were at this point in the last mid-term election.

The break-downs of early voters so far shows Democrats at their traditional numbers: 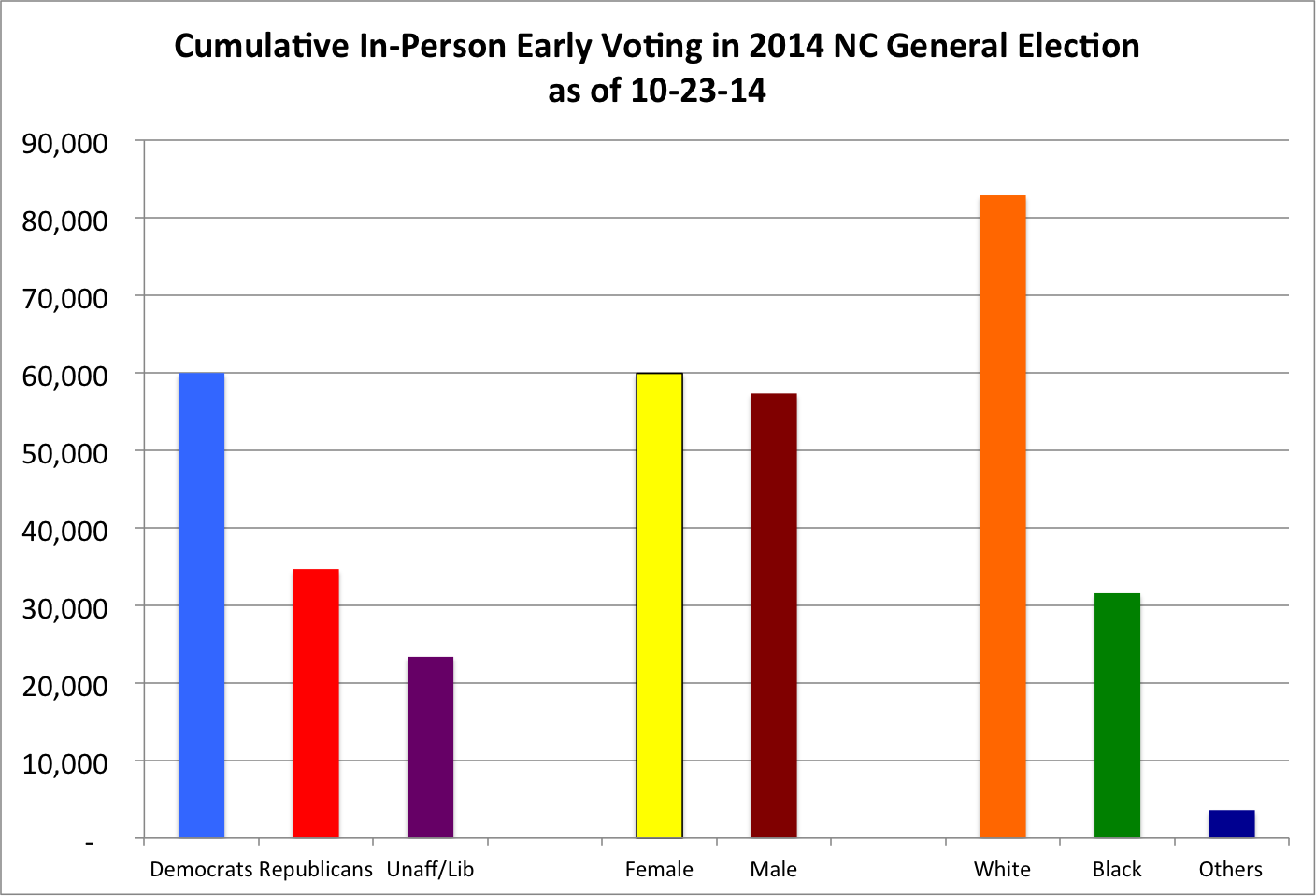 In comparing the trend line against the 2010 in-person early voting: 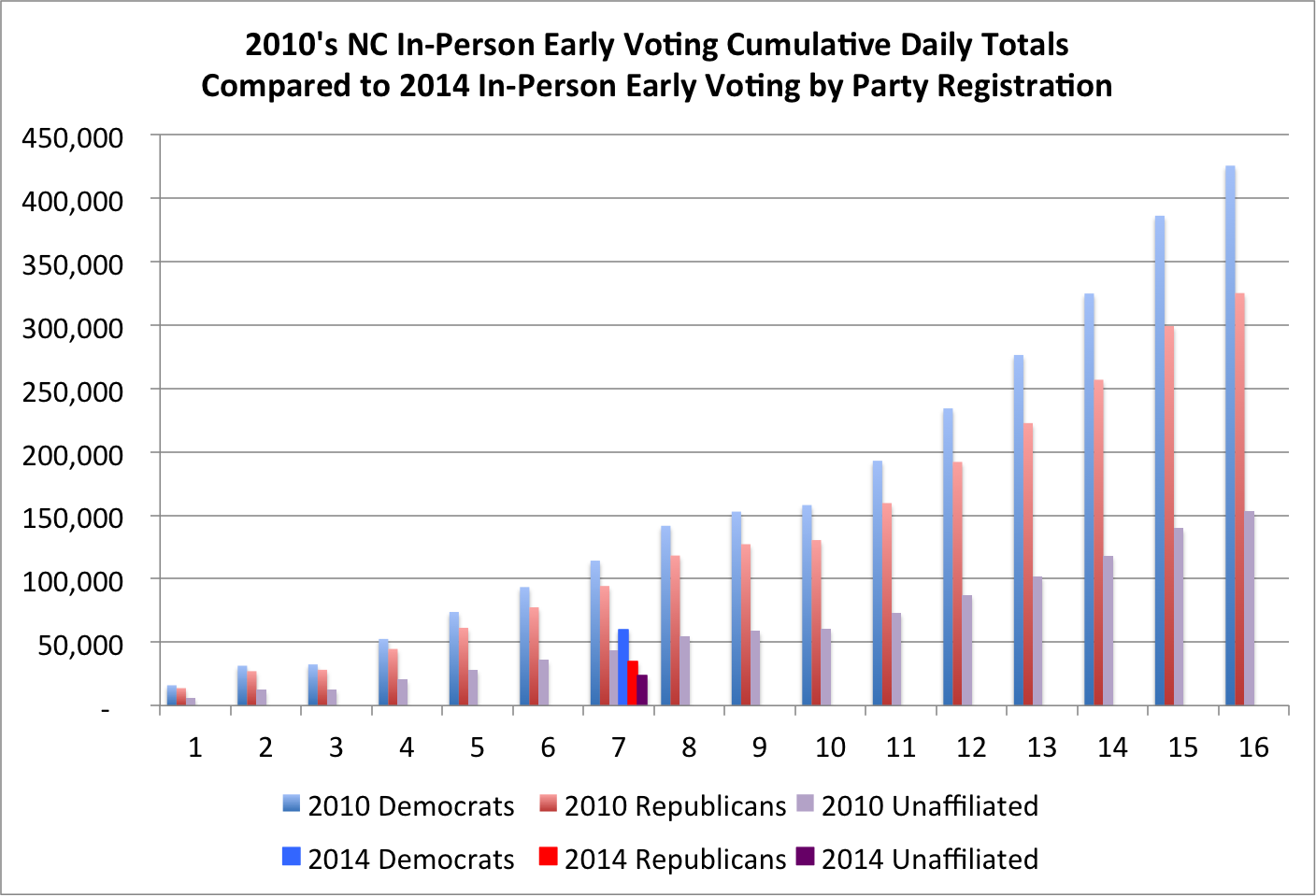 In terms of mail-in ballots, the following graphs show the trends that have been posted at this blog: 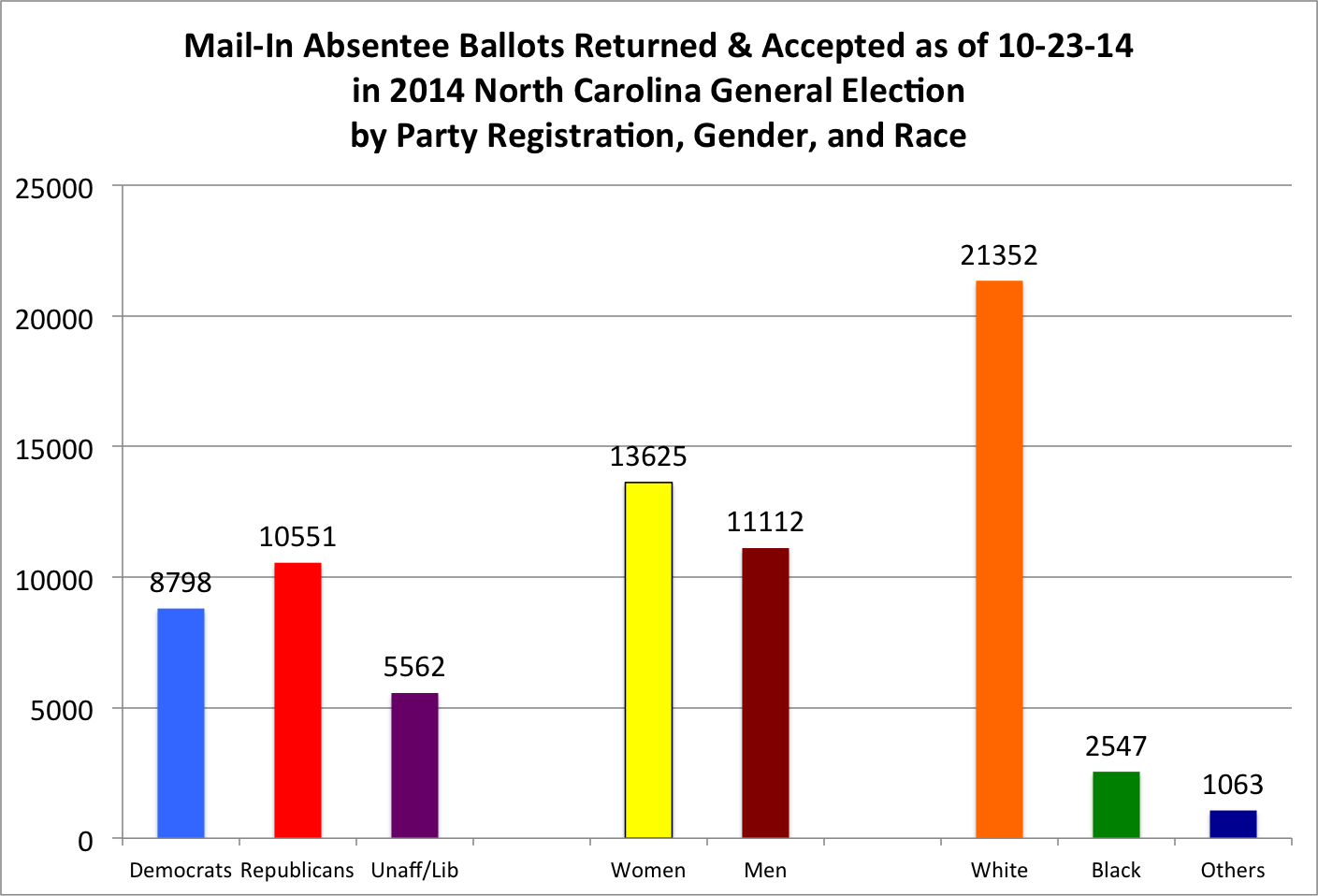