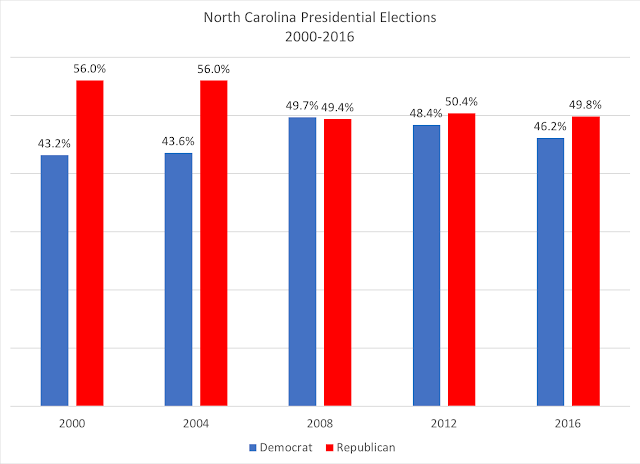 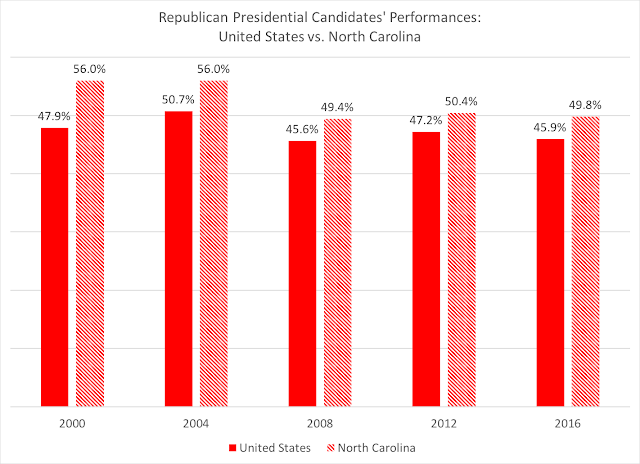 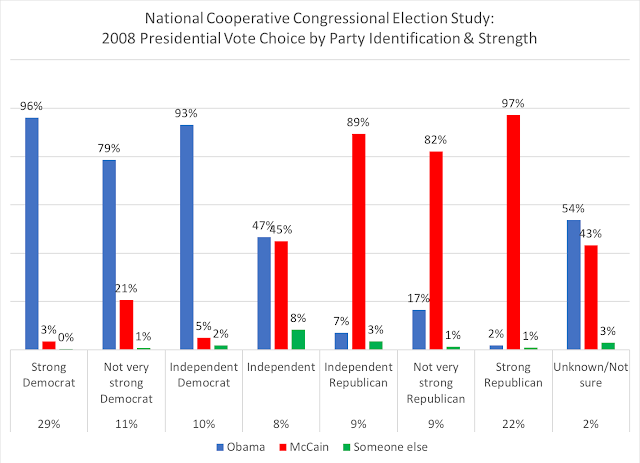 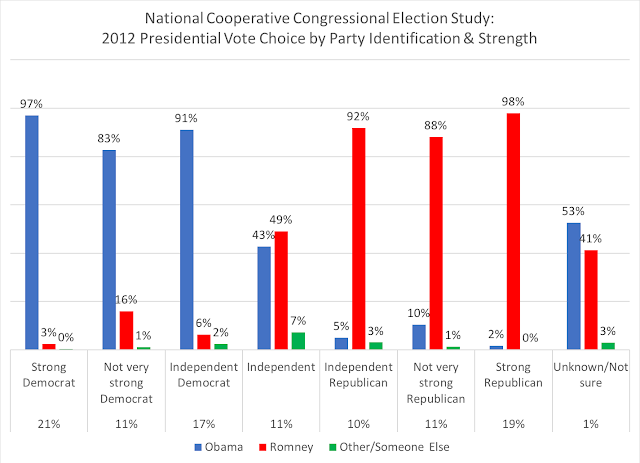 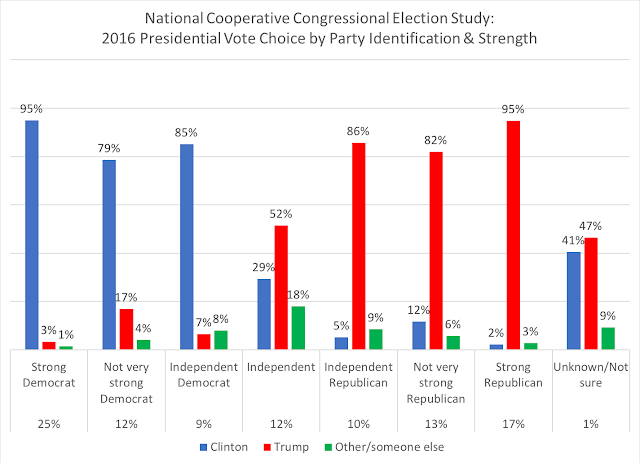 What these three graphs indicate are:


In North Carolina, for the same analysis, we see a comparable pattern, though some differences are evident: 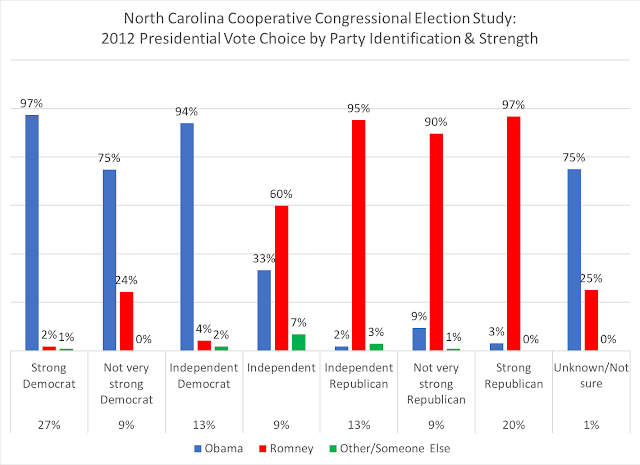 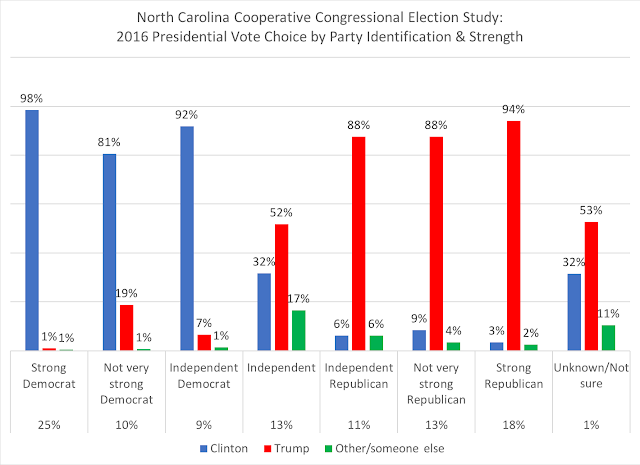 Again, like at the national level, North Carolina's strong partisans tend to be strong party loyalists when it comes to their presidential vote choice: 94 to 98 percent of them will vote for their party's presidential candidate.

However, among "not very strong" partisans, we see some greater chances of party defections, most notably among Democrats: in 2008, 31 percent of not-very-strong Democrats crossed over and voted for Republican John McCain, but that party defection rate has decreased since. Perhaps this is due to those identifiers becoming more loyal in their attachment (hitting 81 percent for Clinton), or perhaps the classic southern moderate-to-conservative Democrat (who tends to be an older voter) may be seeing a generational replacement.

Another point of departure from national trends are North Carolina's independent voters, who tend to lean more Republican than nationally. This may be the foundation of the state being a "center/lean-right" state. 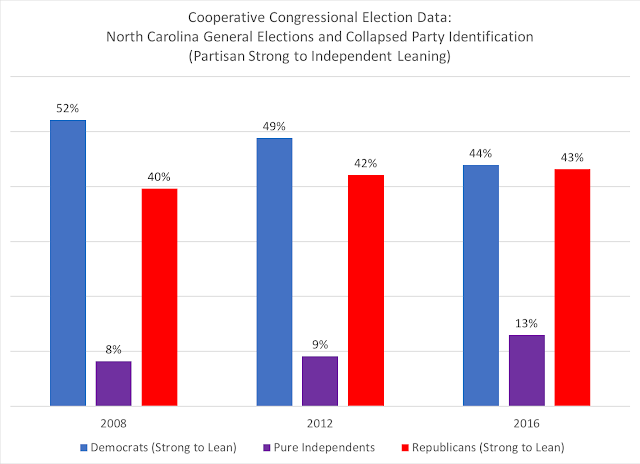 In looking at this collapsed party identification and presidential vote choice for each of the past three presidential elections in North Carolina: 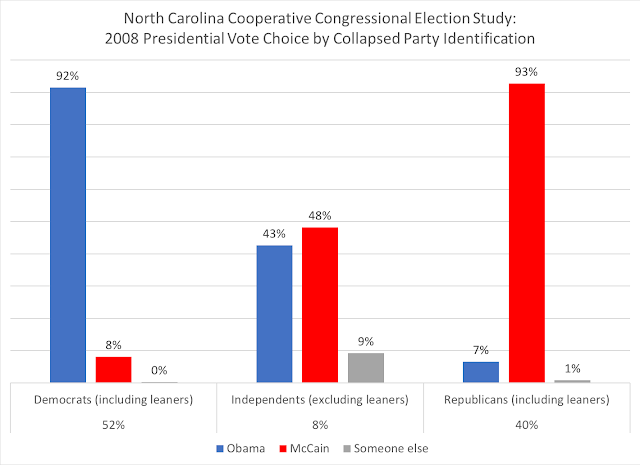 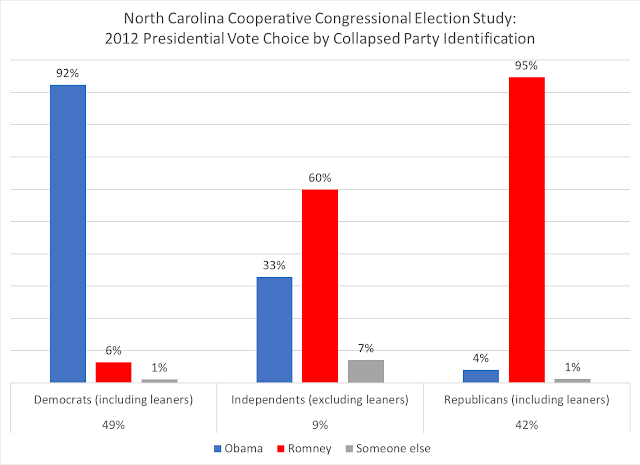 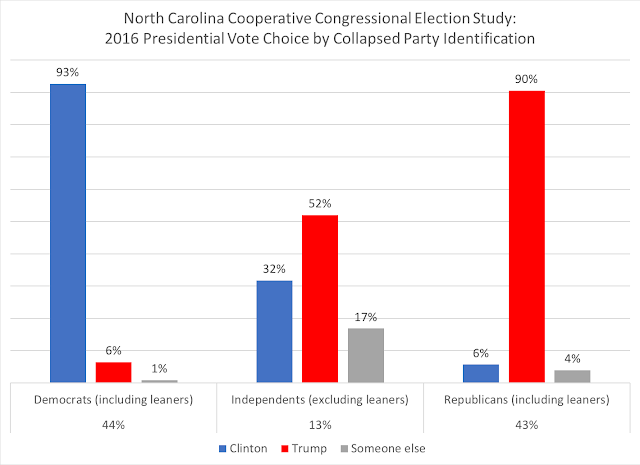 Of course, trying to guess what North Carolina's electorate will look like in November of 2020 is a Herculean predictive effort, something I'm not willing to do at this point in time. But these patterns--of voters who identify as partisan being the significant majority of voters, that partisan voters are party loyalists when it comes to presidential voting, and that North Carolina "independents" (who are fewer than 15 percent of the electorate) tend to lean Republican--are probably going to hold in next year's election.

Unless something dramatic and fundamental happens in the state--which, with generational replacement occurring, could indeed happen in 2020--we'll all just have to wait and see what happens in the Old North State come next November.
By OldNorthStatePolitics.com - July 10, 2019