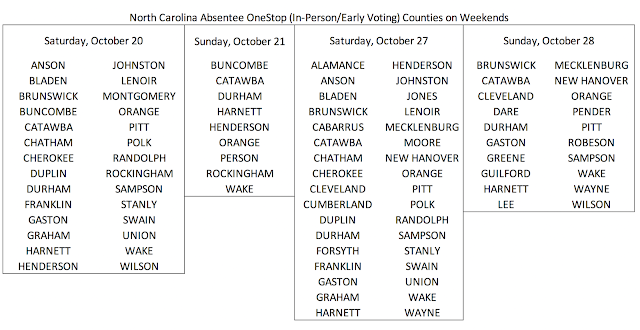 Thanks to all for reading and following along, and especially to the new subscribers from the mention on the Rachel Maddow Show.
By OldNorthStatePolitics.com - October 26, 2018