Did Hurricane Matthew Have An Impact on 2016 Elections?

I've gotten a couple of calls from reporters regarding the question, was there any impact from Hurricane Matthew, that hit North Carolina in mid-October of 2016, to help us understand what might be in the forecast for the impact by Hurricane Florence in this year's election?

First, a key difference between Matthew and Florence: Matthew hit in mid-October (the 10th), with FEMA designating the following counties: 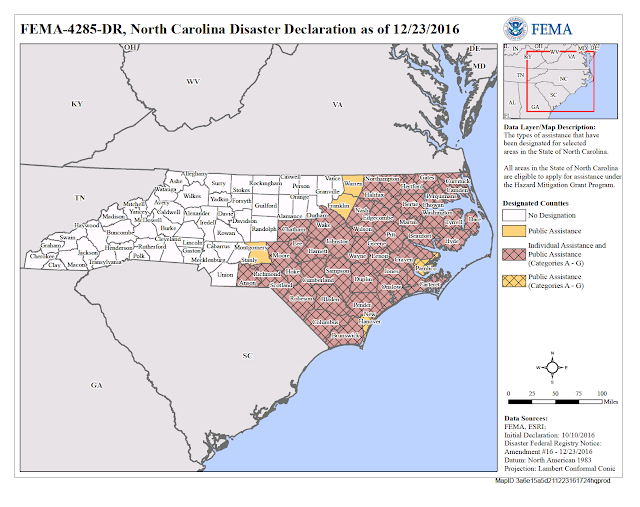 Florence, hitting in mid-September, lead to the designation of these counties by FEMA so far: 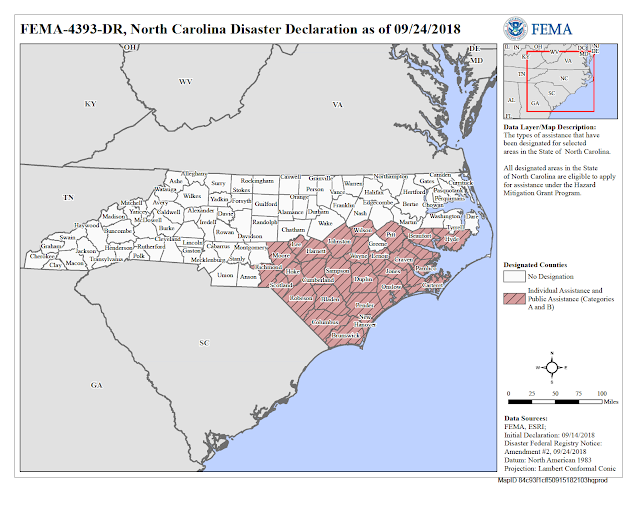 Fewer counties have been designated in Florence's aftermath than in Matthew, but many North Carolina communities were still in the midst of rebuilding from Matthew when Florence made her multi-day stay over the eastern portion of the state. The timing of the storms may also have an impact, but we'll have to wait and see.

In looking at the 2016 data of county-level turnout rates and voting methods (using voter registration data and voter ballot casting data from the NC State Board of Elections), I looked at the turnout rate for the Matthew-designated counties versus all other counties and the state turnout rates: 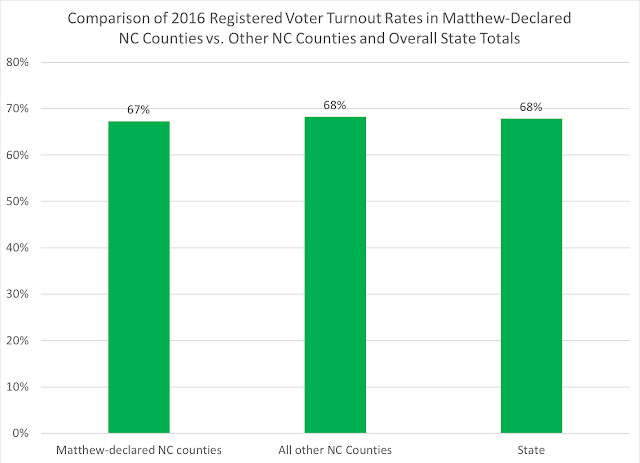 Next, in looking at how voters cast their ballots in the 2016 general election: 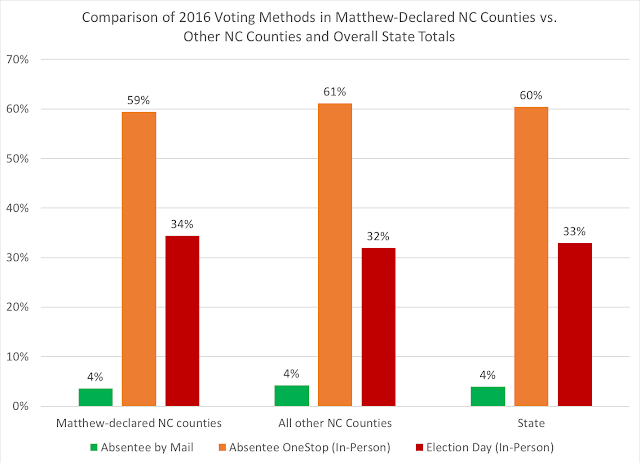 In Matthew-designated counties, there tended to be a higher use of Election Day voting and a lower rate of absentee onestop (in-person) voting, in comparison to all other counties in the state and the state-wide numbers.

Finally, I looked at the differences in terms of racial turnout in the 2016 general election: 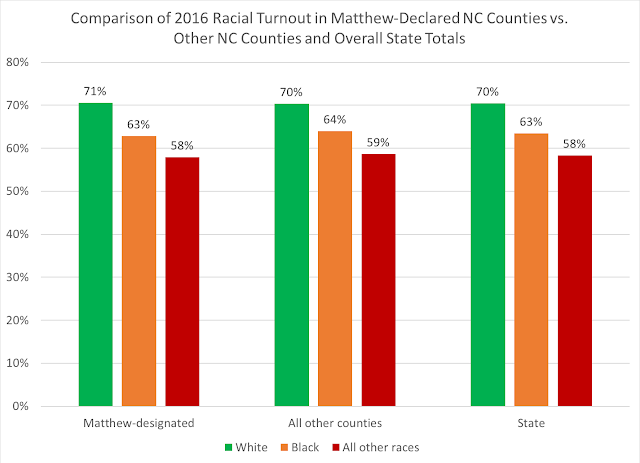 White voter turnout in Matthew-designated counties was one point higher than the state or other counties, while black voter turnout was one point lower than the state or other counties. While some may make the argument that Matthew had an impact on minority voting, one needs to consider the fact that the top of the Democratic ticket in 2016 lacked a black candidate, another potential factor that could have contributed to the slight decline in minority participation from 2012 (when registered black voter turnout was 71 percent in both Matthew-designated and non-Matthew counties and registered white voter turnout was 68 percent in both types of counties).
By OldNorthStatePolitics.com - September 26, 2018