A Generational & Party Trend of New NC Voters in 2018

I spoke with a reporter today regarding the trend of younger voters and the expectation of how many new voters could come from younger Americans, and in particular, North Carolinians.

One estimate given was that 186,000 new young voters could register this year in the Old North State. Having completed a recent analysis of the latest NC voter registration data file, I decided to look at the new voters since the beginning of 2018 through the end of March by generation and party registration within the youngest voters' generations (Gen Z are 18-21 years old, while Millennials are 22 to 37 years old).

First, Generation Z voters since the beginning of the year: 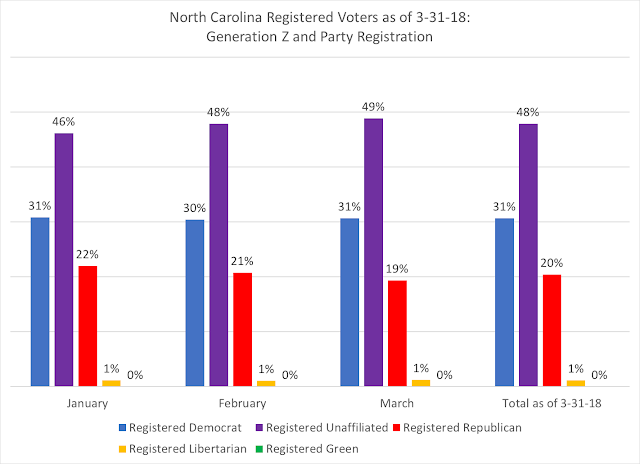 And Millennials since the beginning of 2018: 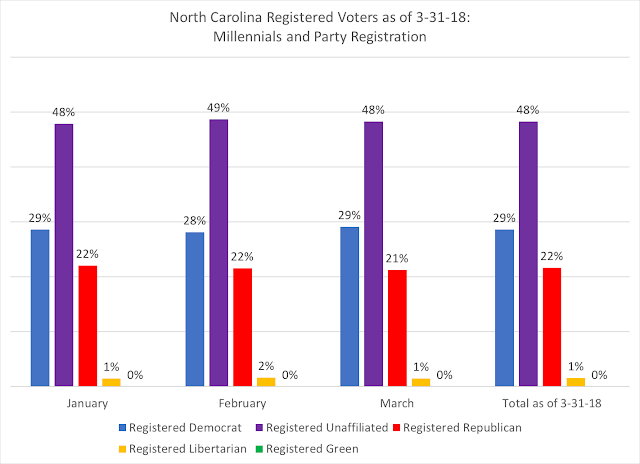 With the news of what appears to be an energy and mobilization level among younger voters thanks to the March for Our Lives campaign, future months of voter registration data is needed to see what kind of impact this social movement may have on North Carolina's voter pool.
By OldNorthStatePolitics.com - April 06, 2018