The third weekend prior to Election Day means things are starting to heat up when it comes to voter mobilization and ground-game activities, and we starting to see the numbers tighten up within the requested ballots for North Carolina's mail-in absentee ballots. 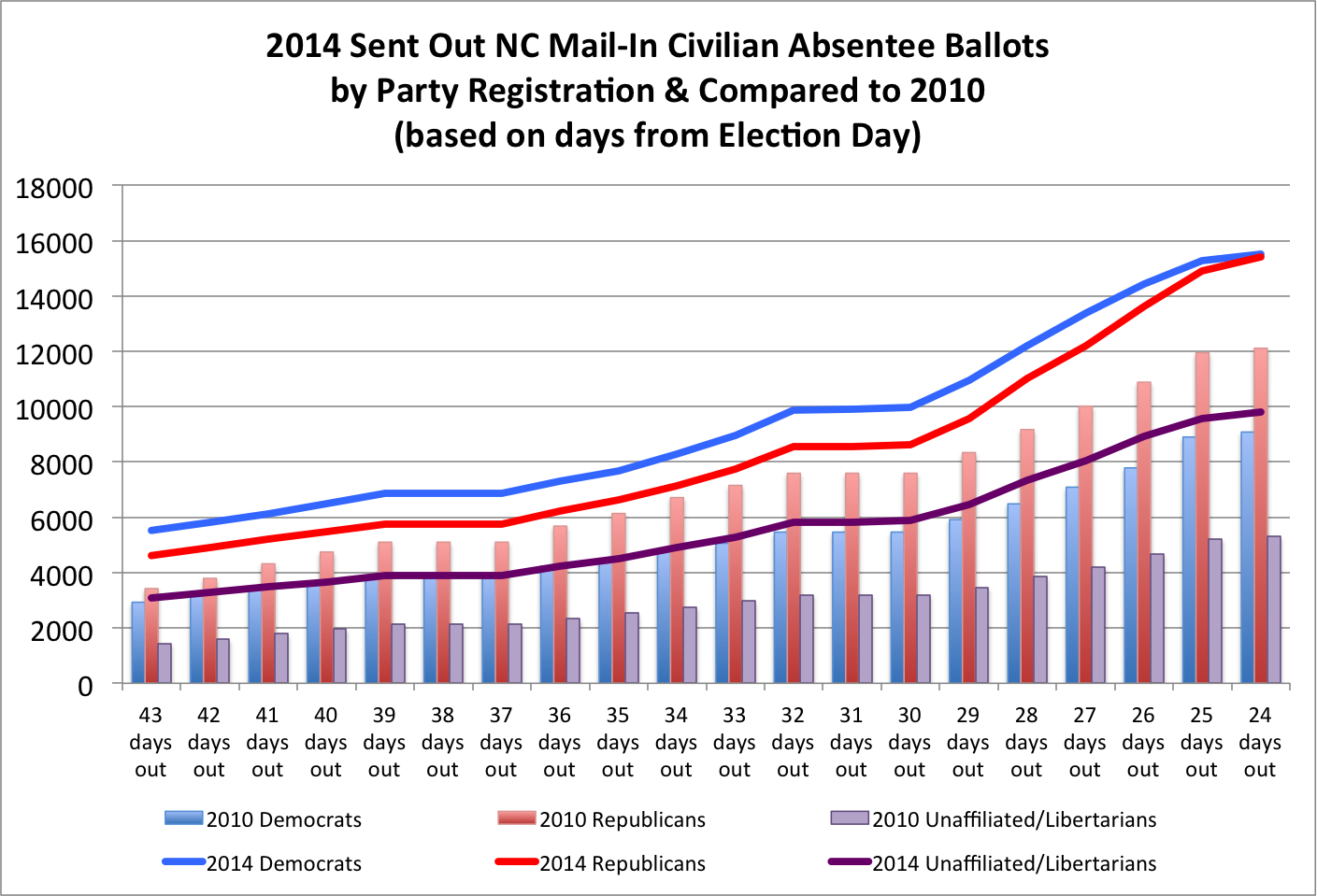 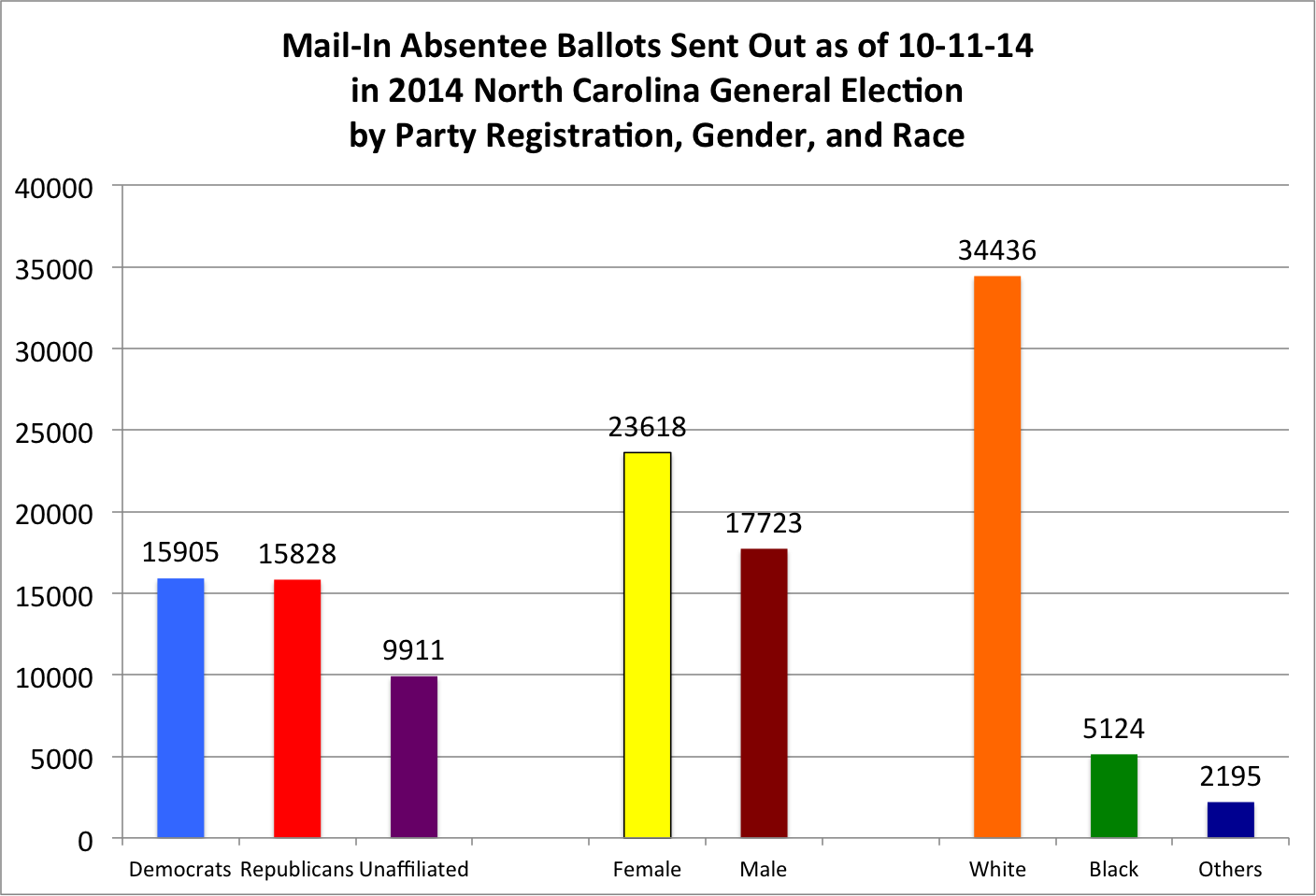 White voters are 82 percent, with black voters at 12 percent of the requested mail-in ballots.  Women are 56.5 percent, while men are 42.4 percent.

Of these 40,000 plus mail-in ballot requests, 20 percent, or 8,517 ballots, have been returned and accepted as votes for the November 4 election. We certainly don't know what these votes are in terms of various contests, but registered Democrats continue their significant lead in returned and accepted ballots. 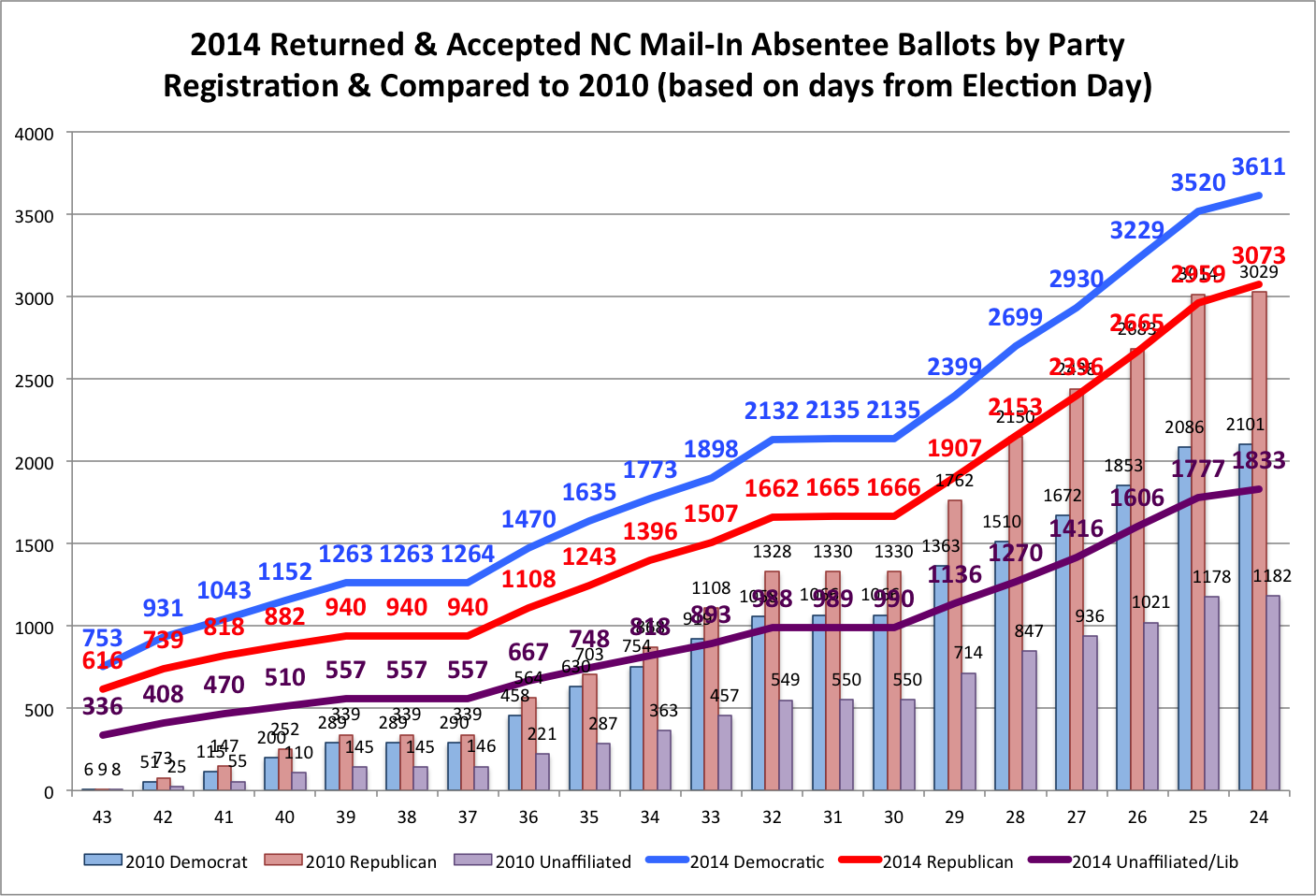 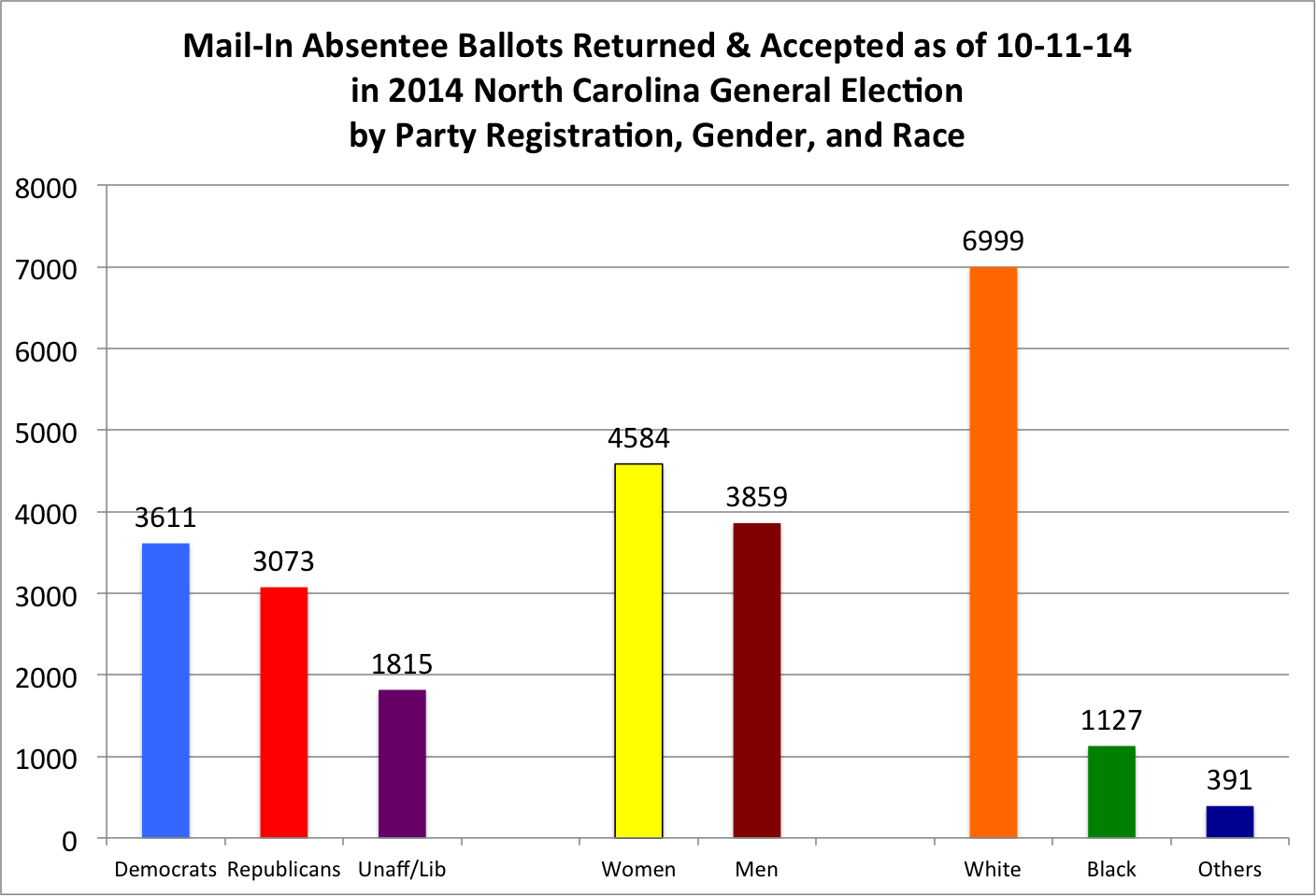 Women continue at 54 percent of returned and accepted ballots, while white voters are 82 percent and black voters are 13 percent. 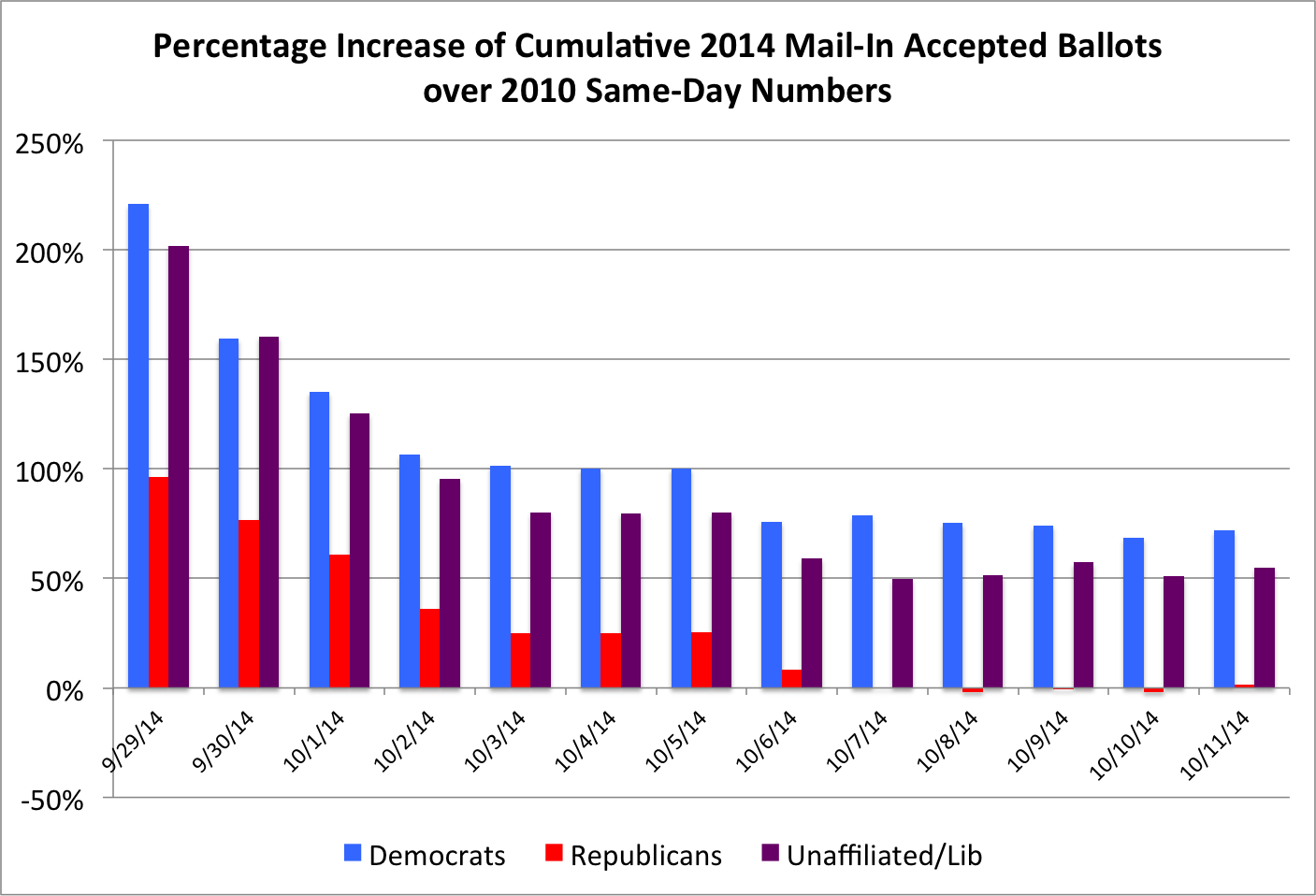 In comparing this year's cumulative numbers of accepted ballots, Democrats continue their significant numbers over four years ago in the last mid-term election (72 percent over their 2010 numbers at this point).  Unaffiliated voters are also significantly ahead of their 2010 day-to-day comparison numbers, up 55 percent. Republican voters are at the same number from 2010's same day-to-day numbers, only up 1 percent.

Finally, looking at how these voters who have requested mail-in ballots for this year's election, we see another distinct pattern regarding this year's voters so far, with only 20 percent of this year's mail-in voters having used the same method in 2010. 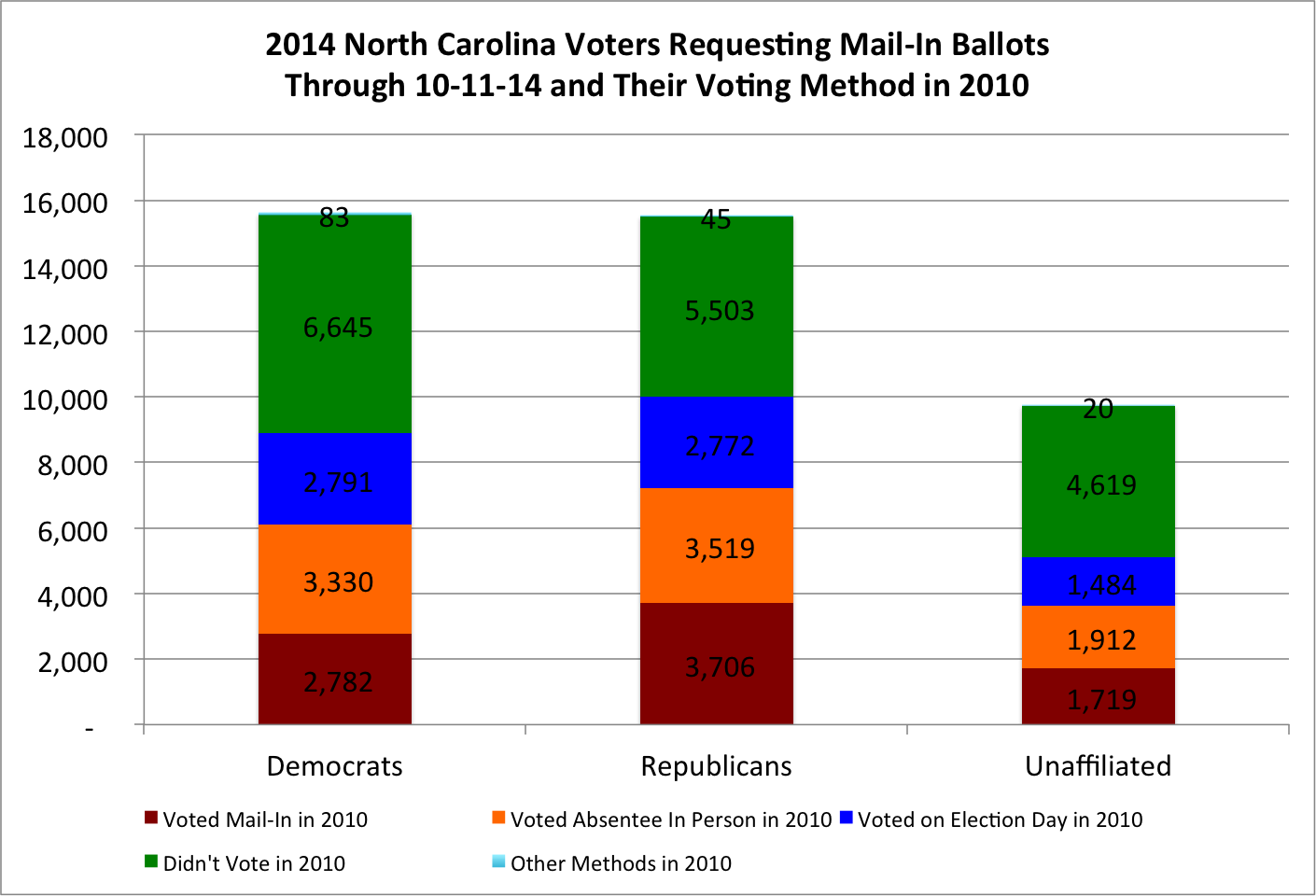 Of this year's voters, 41 percent did not vote in 2010, meaning that they either didn't cast ballots in the last mid-term election or were not in the state four years ago.