US Senate by D-Nominate Histogram for 1981 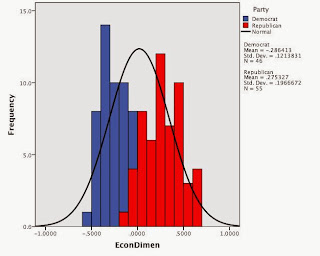