NC's 9th Congressional District Early Voters as of May 5, 2019

With early voting in the North Carolina 9th Congressional District well under way, more than 5,600 district voters have requested early ballots (either mail-in or voted in-person through 'one-stop' voting) in the new Republican primary contest. This analysis of early votes is based on data from the NC State Board of Elections for May 5, 2019.

Broken down by ballot type, the overwhelming number of ballots are coming by in-person 'one-stop' ballots: 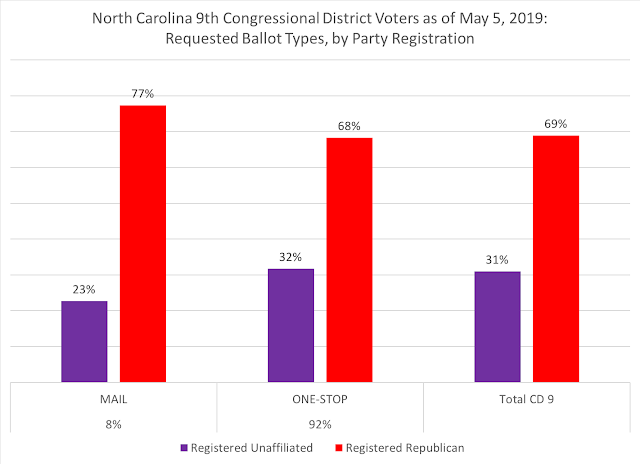 The distribution among the eight counties within the 9th shows a majority of the ballots coming out of Mecklenburg County so far, with Union County a distant second with a third of the ballots: 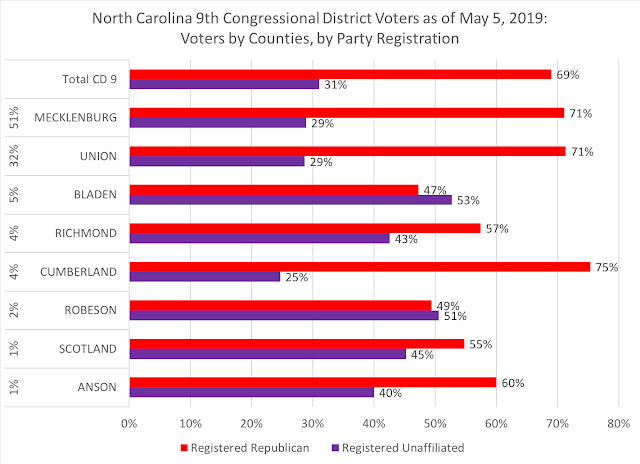 This is not surprising that these two counties are over-represented so far, due to the fact that both Mecklenburg and Union counties make up 60 percent of the half-a-million registered voters in the district (this is for all voters, irregardless of party registration).

Men are slightly ahead of women when it comes to requesting ballots so far, but women are slightly more Republican than men in their party registration: 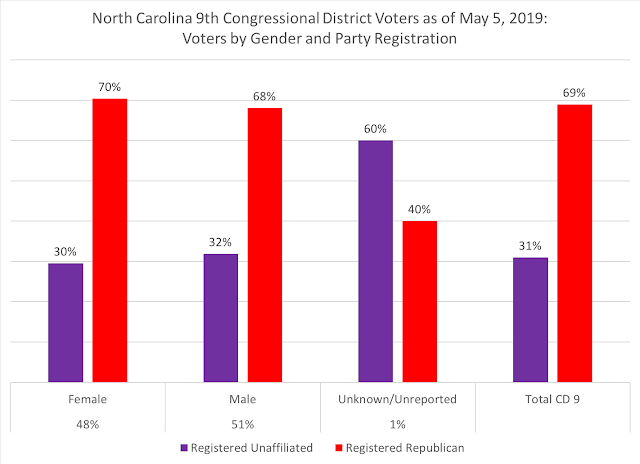 The mean voter age of requested ballots is 65 years old: 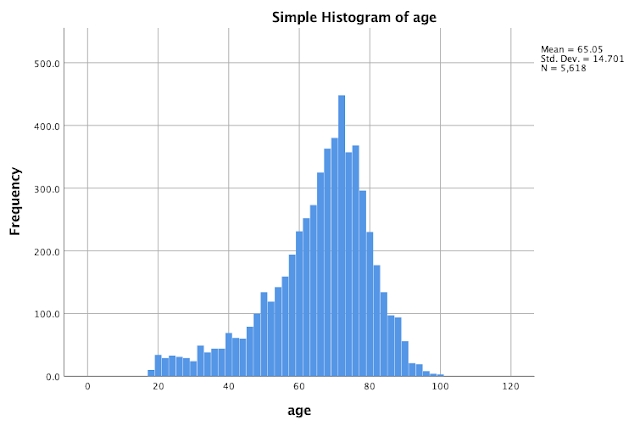 And the generational cohort breakdown for requested ballots so far shows nearly 80 percent of ballots are coming from those voters who are Baby Boomers or older (55 years or older): 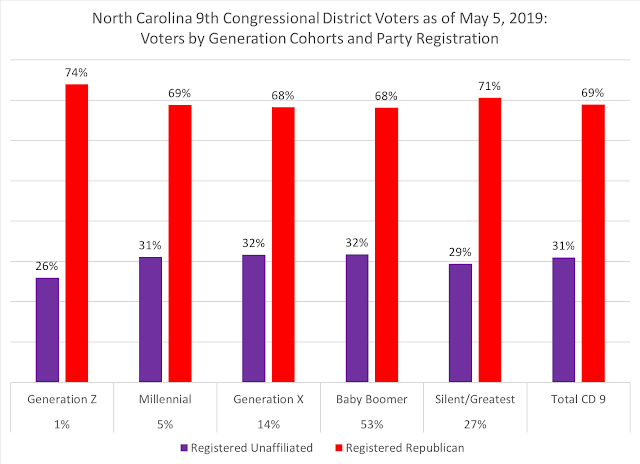 Interestingly, the most "Republican" generational cohort are the youngest generation, Generation Z, but they are only one percent of the total ballots requested.

Not surprising is the fact that the GOP primary is overwhelming white by race: 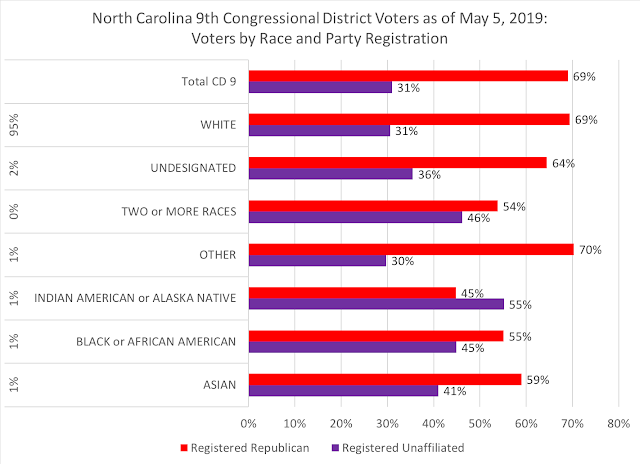 Finally, I looked at the primary voters so far and if they had participated in the last Republican primary in 2018: 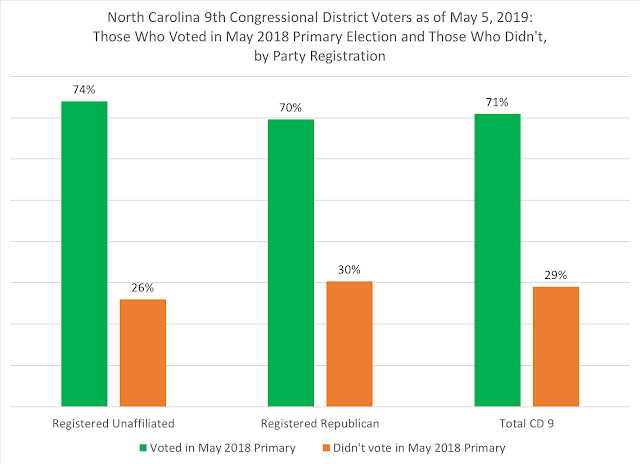 More registered Republicans are 'new' voters to this year's primary contest than who voted in last year's GOP primary, compared to registered unaffiliated voters. But nearly thirty percent of all the ballots requested are coming from voters who didn't participate in the 2018 primary contest.

I'll update these numbers at the end of this week (following final grades being posted).
By OldNorthStatePolitics.com - May 06, 2019