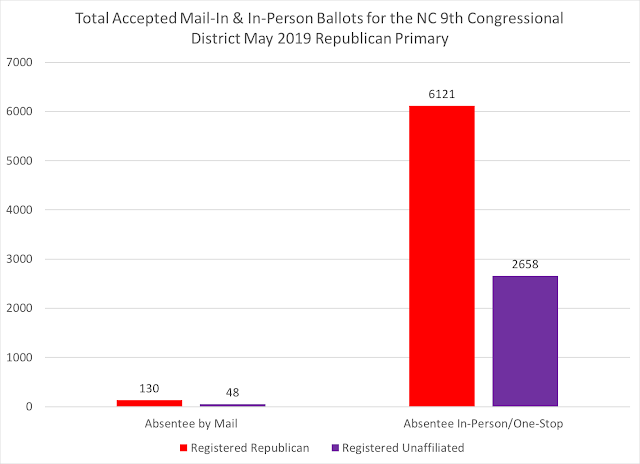 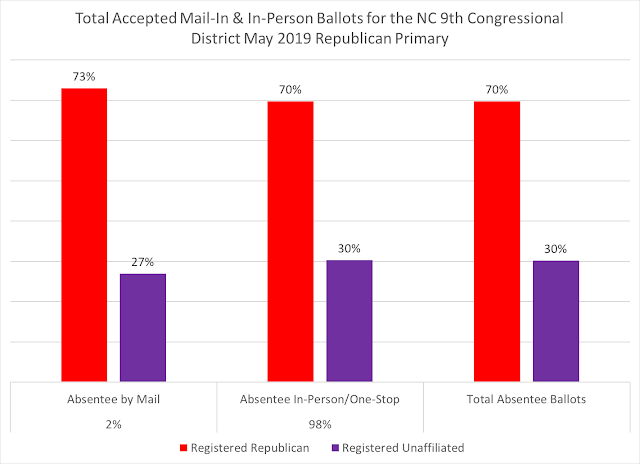 The last day of the early voting period saw the greatest number of ballots come in and accepted, with slightly over 1,000 ballots being submitted and accepted: 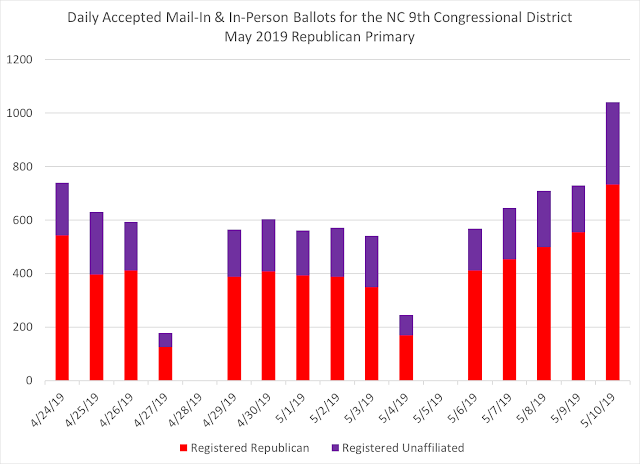 The cumulative daily totals throughout the early voting period are: 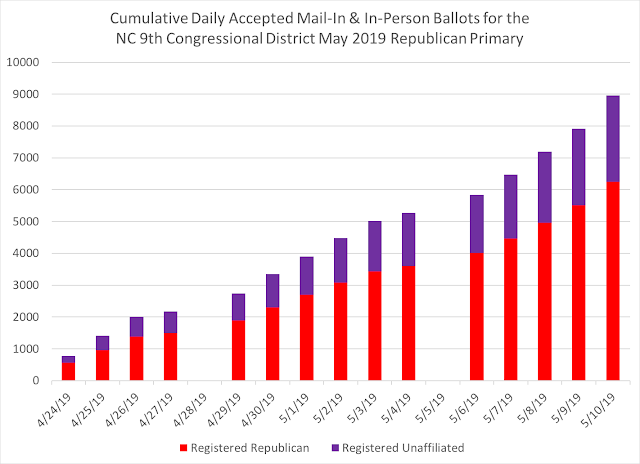 As is with most Republican primaries, the overwhelming majority--95 percent--of the early voters are white, with men slightly outnumbering women in casting early votes, 50 to 49 percent.

This is almost 20 years older than the district's mean voter age of registered unaffiliated and Republican voters (48 years old):
As was noted in the previous post, I broke down the early accepted ballots by state senate district, to examined a potential 'friends & neighbors' effect for the candidate many consider to be the potential front-runner, state senator Dan Bishop, who represents senate district 39. As was noted by some Twitter observers, Mecklenburg County operated several early voting sites within the county, while neighboring Union County only operated one early voting site; this is a purely administrative decision made by each county's board of elections. This factor may skew the early vote numbers, and it will be important to watch the vote totals coming in from both Mecklenburg and Union county as a division within the district. 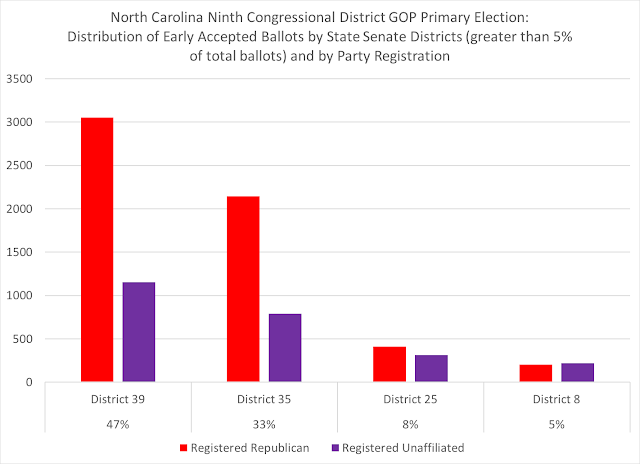 Among the 9,000 early voters, over one-third--a little over 3,600 voters--cast ballots in the GOP primaries for 2016's elections, 2018, and now in 2019. The party registration breaks down as 79 percent registered Republicans to 21 percent registered unaffiliated voters.

In looking just at voter history from the May 2018 primary election, 42 percent of this year's early voters cast ballots early by in-person a year ago, with another 28 percent of 2019's early voters having voted last year on Election Day. 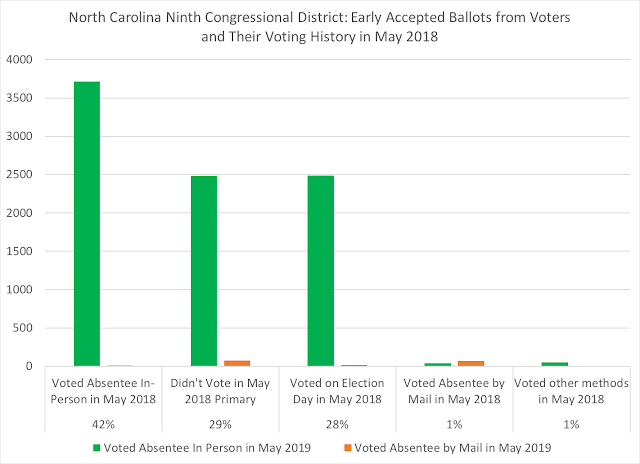 Almost 30 percent of this year's early voters didn't participate in the 2018 primary election.

With the recent NC Third Congressional District's primary election garnering a little under 15 percent voter turnout, there would need to be roughly 37,000 voters casting ballots on Tuesday to combine with the almost 10,000 early ballots to make a 15 percent turnout among the 313,000 eligible (Republicans and unaffiliated) registered voters for this NC 9th GOP primary election.

In the May 2018 Republican primary, along with 11,000 early voters, approximately 24,000 voters cast ballots on Election Day, so another 37,000 voters in this year's primary election may be optimistic. If the same number of Election Day voters show up as did in May 2018 (that is, 24,000), then the overall turnout rate would be around 10 percent.