The Race to 1237 GOP Delegates

I'm going to keep track of the delegates awarded to the various GOP presidential candidates, with the goal of getting to 1237 delegates. Following Super/SEC Tuesday primary elections, the following graphics show the trend lines of 2012 Romney delegate accumulations compared to 2016 Trump delegate accumulations. Data for these graphs come from: 2012 and 2016. Note: these are listed by the order of the primaries and caucuses held in 2012 and 2016, not a direct comparison by state between the two years. 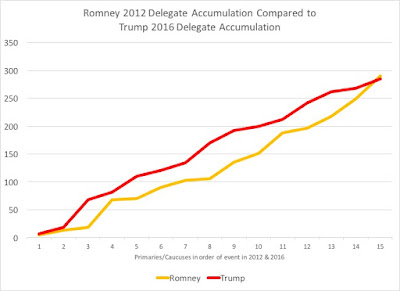 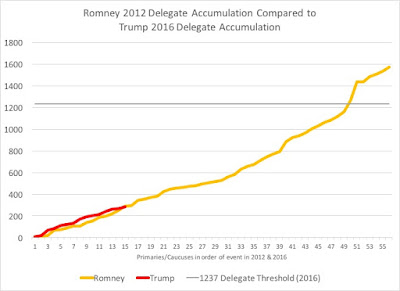 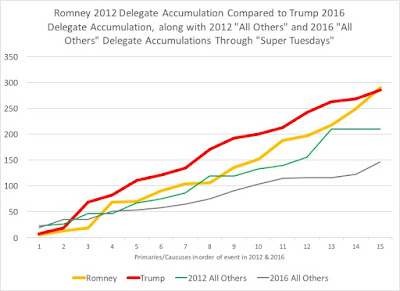 UPDATE: As of 4 PM on Wednesday, March 2, a new set of delegate allocations was posted at Real Clear Politics. The charts have been updated to reflect these new allocations and delegate awards.  Interestingly, "anyone but Trump" has moved ahead of Trump, exposing the key question: can one anti-Trump emerge to go head-to-head against the frontrunner? 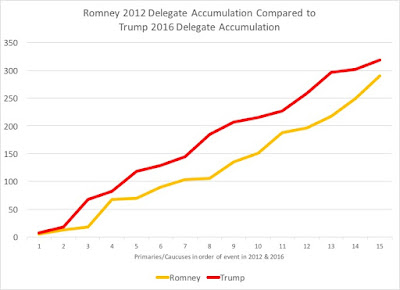 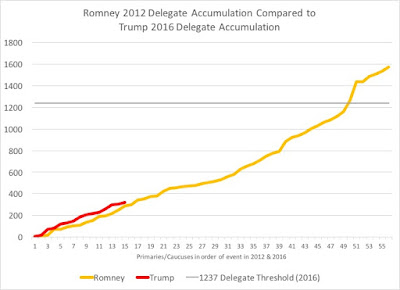 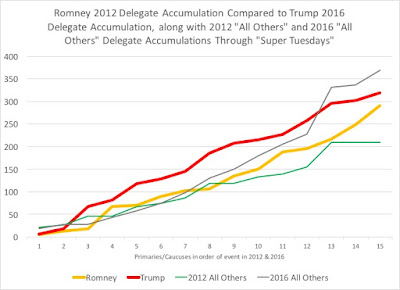